A mysterious shelter fashioned from sticks and bark has been found, built against one of the larger fallen trees on the North Path just near the parish boundary marker.

The shelter is well constructed, with a roof of sticks overlaid with overlapping bark shingles.

This is not the first time a makeshift shelter has appeared on the Hurst; let's hope that this time it's just harmless boy scouts!
Posted by CrohamPlate at 13:57 3 comments:

The Hurst at War

For the information in this post I am indebted to Bdr. William Smythe, now a resident of Palo Alto, Arizona, who served with the 7th Anti-Aircraft division at Croham Hurst during the Second World War.

In September 1940, as the Battle of Britain began to turn into the Blitz, England's leadership looked to the defences of London. Air Vice Marshal Keith Park, head of The RAF's 11 Group, defending London, described the North Downs and the hills of Surrey as 'London's Bulwark against the Luftwaffe', prompting the local slogan 'Bulwarks to Hitler!'.

The 7th Anti-Aircraft division, spread across north Surrey including Croham Hurst and Addington Hills, was the first to test the 'Sperry' fire-control system, a mechanical computer which predicted the arrival of enemy planes. Surprisingly, it was on Croham Hurst that the first Sperrys were deployed, linked to a battery of the new QF 3.7 inch gun. The Sperry gave us a wartime song that ended:


I love to work a Sperry
While bringing down a jerry
It's foolish but it's fun!


The Sperry was mounted in a bunker about where the Friends of Croham Hurst Woods bench on top of the Hurst stands now, but nothing is left of it. Unfortunately there don't seem to be any photos of the battery in action, but here's a picture of a similar unit from the 7th Division in London: 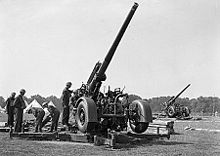 Despite the Hurst's excellent view of approaching night time formations, the site was considered 'cursed' by the troops and was the target of highly effective bombing from the Luftwaffe. Several observers stationed on the hill by night in 1940 went missing, and in 1941 a single bomb struck the top of the Hurst and destroyed half of the 4-gun battery that was mounted there. So unpopular did the site prove that from 1941 it was abandoned, and no sign is left now of the Hurst's part in the war except for a single bomb crater (now with trees growing round it) at the west side of the moorland.
Posted by CrohamPlate at 05:58 No comments:

Mrs. Emma Peterson of Hurst Way has been kind enough to contribute this poem in praise of her beloved Croham Hurst. I believe that beneath the naivete there is something Wordsworthian about it.

Hurst of my dreams, Hurst that I yet adore
Hurst where I played when I was only four
Hurst lush, Hurst green, Hurst chalky and Hurst stony
Hurst where at six I played My Little Pony

Hurst, Croham Hurst, the years roll by like gravel
And yet my happy memories can't unravel
I love thee Hurst, I love thy hills and waters
And also my husband and my two dear daughters.

The passing of Lord Croham 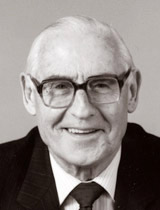 Sad news stuck the Croham Hurst community on September 11th this year, with news of the death of Lord Croham, President of the Friends of Croham Hurst Woods.  The Daily Telegraph has an obituary here although sadly they don't mention his role as Chairman and there is no reference to the Hurst.

Lord Croham was often to be seen walking his border collie on the Hurst, modifying the Heath regime's economic policies, and voting against the ban on fox hunting.  He will be sadly missed.
Posted by CrohamPlate at 02:55 No comments:

Do you like the new dog bins on the Hurst?